Conductor of the Gabrieli Choir since its resumption in 2021. 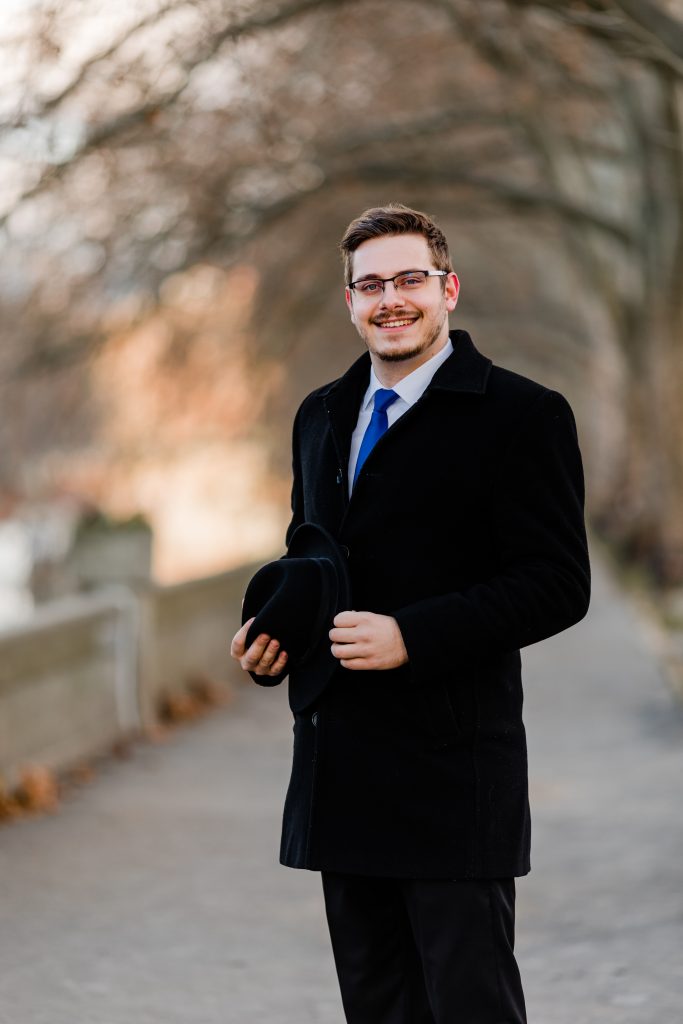 Conductor of the Gabrieli Choir since its resumption in 2021. (photo: © Balázs Andráskó)

I began my studies in Esztergom in Zsolt Nándor Catholic Music School. I started learning the guitar when I was about 12 years old. Shortly after that I also started to attend the rehearsals of the Balassa Bálint Choir in Esztergom. Károly Reményi (the younger brother of János Reményi) was my first conducting teacher, and the director of the choir. When I left high school, I applied to Budapest University of Technology and Economics (BME) and I got my first diploma as a computer engineer in 2019. During my university years I continued to learn the piano, the art of conducting and music theory. In 2019 I submitted my application to Liszt Ferenc Academy of Music study conducting formally. I succeeded and Dr. Salamon Kamp became my teacher. I graduated from the Liszt Ferenc Academy in 2022 and then won an Erasmus scholarship to the Hochschule für Musik Hanns Eisler Berlin to study under the mentorship of Prof. Tobias Walenciak.